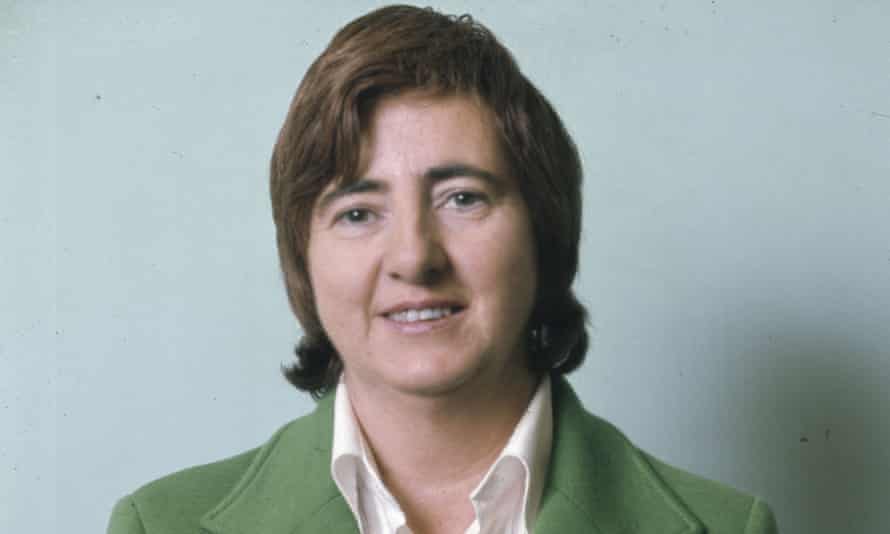 When Lesbian Labour first came together as a collective on 2nd February 2020, I glibly suggested an acronym for the group and we became ‘Lesbians In Labour In The House’! Well, aside from the obvious ambiguity of this, it has since rebranded as the much clearer Lesbian Labour. But how many Labour lesbians are there in the House, either House, Commons or Lords? And how well do they represent us?

The first name that doubtless springs to mind is Angela Eagle, MP for Wallasey. Angela is married to Marie Exall, a trade union activist who sits on the LGBT+ Labour national committee as a TULO (union) representative (more of this later). Angela is a patron, of course, in fact, all of the LGB MPs are patrons. She was elected to the House of Commons in 1992 and came out publicly in 1997.

There are three other known Labour lesbians in the House of Commons:

Then there is Cat Smith, MP for Barrow-in-Furness since 2015, who separated from her husband of eleven years last October and says she is bisexual (it must be true, I read it in Pink News). So I guess that’s four and a half lesbians currently sitting on the Labour benches, albeit mostly virtually in these Covid days. For the record, there are four other out lesbians in the Commons, all SNP MPs: Hannah Bardell, Mhairi Black, Angela Crawley and the absolutely brilliant Joanna Cherry (yes, I’m a fan). And there is Layla Moran (Lib Dem) who is in a relationship with a woman but calls herself ‘pansexual’.

To set all of this in perspective, a 2016 survey for the Office for National Statistics found that around two percent of the population identified as lesbian, gay or bisexual. So, actually, in terms of numbers, LGB people are quite well represented (there are far more gay men, of course, but that’s not why we’re here).

In the House of Lords, we have two Labour Baronesses: Jennifer Hilton and Debbie Wilcox, and in the Welsh Senate (Senedd Cymru) Hannah Blythyn holds the lesbian banner; she is a former co-chair of LGBT+ Labour. The former Labour leader in the Scottish Parliament, Kezia Dugdale, resigned and has since left the party. Ruth Davidson also came and went as leader of the Scottish Conservatives but remains an MSP. And there are many lesbian councillors and members of the London Assembly, some of whom will be known to some of you.

After this roll call, the big question is: do they represent us? That is, us women who believe that it isn’t possible to change sex, that lesbians are adult human females who love other adult human females, same-sex attracted women.

Association with LGBT+ Labour tends, unfortunately, to suggest that they have bought into the trans gender identity bandwagon. Their national committee is supposed to be comprised of equal numbers of men and women – last year there were eight gay men, four lesbians and four transwomen (apologies if any of these people prefer to be identified as bisexual). This year it changed to nine, four and three respectively until they had a big falling out and the trans people have now set up their own group leaving one trans officer, four lesbians, and eight gay men. Perhaps they will co-opt a couple more lesbians now.

What we do know is that, to date, none of the Labour lesbians have publicly dared to express any remotely gender critical thoughts; mostly they have remained silent. It has fallen to Rosie Duffield, the much-maligned MP for Canterbury, mother of two, survivor of domestic abuse and not LGB.

So, twelve months on from a group of us pulling some chairs into a huddle at the Labour Women’s Declaration meeting in London, the day after the wonderfully empowering Women’s Liberation Conference run by A Woman’s Place, I can tell you that our Labour representatives will be hearing from Lesbian Labour. This group of lesbians is thoroughly tired of being ignored. We’ve had enough of being counted on always to support the men whatever they are wearing. Lesbians have specific and unique issues that need to be addressed. We shall be heard.

PrevPreviousWhy it matters
NextIt could have been meNext 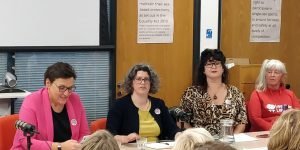 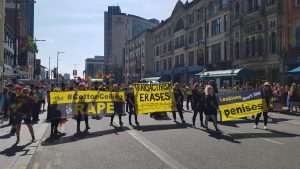